Have you ever wondered about the connection between Ritalin, Diabetes-2, and obesity? The answer lies in the flour…

Every so often, we find that even after finishing a meal we begin rummaging through our pantries for something to keep us satisfied… and we’ll often find ourselves munching on empty carbs and junk food.

Have you ever considered moving to whole-grain flour?

It contains the same number of carbs, but is far more satisfying, and will provide you with several added benefits along the way.

Rabbi Chaim Gedaliah, CEO of the Mehudar flour company, is happy to explain the great advantages of switching to wholegrain.

Is it true that consumption of wholegrain flour prevents diseases such as Type-2 Diabetes?

“Absolutely. The insulin’s task is to break down the sugars in our body. Every type of food has a glycemic index that points to the amount of sugar it contains. The higher the glycemic index, the less healthy that food is for us; the more it will elevate our blood sugar levels and increase the likelihood of our developing diabetes, or making it worse. Wholegrains’ glycemic index is below 50, while that of white flour is 95. In other words, it immediately spikes our sugar level and pushes up our blood pressure. Our body tries to defend itself from sugar attacks such as these by deploying its insulin system and by converting sugar into fats that remain in our blood. Sadly, current estimates project that in six to ten years from now, approximately a third of the population will be suffering from Type 2 Diabetes.”

How does flour help us feel more satiated?

“When we consume white flour, we feel hungry again extremely fast, because the ingestion of such large quantities of sugar at a go, causes it to break down rapidly in our bodies. This isn’t the case with wholegrain flours — particularly not with spelt — as the sugars are digested slowly, which avoids triggering an insulin response. This way, we feel satiated for a longer amount of time, and need to eat less, which contributes to weight loss”.

Is it true that wholegrain flours help you feel invigorated compared to white flour that triggers tiredness and lethargy?

“It’s absolutely true. Various amino acids are responsible for breaking down the grains in our body. Some of these are not synthesized by the body itself, and yet, during the flours’ production, the parts of the grain that naturally include these essential acids are eliminated. When our body then tries to digest the grains, it tries manufacturing the missing acids on its own, but doesn’t manage to. This results in tiredness. The task is then delegated to the liver, which also makes a valiant effort to produce the missing amino acids, until it gives up… it is not surprising, therefore, that we feel such heaviness and lethargy after consuming white flour. When flour is left with the bran and the germ, however, it still retains the exact amino acids needed by the body for digestion. Which means that eating wholegrain flour doesn’t tax our bodies nearly as much, and won’t cause us that same level of exhaustion; we have no problem staying mentally alert, and we don’t suffer from digestive issues”.

What else do wholegrain flours contain?

“Let’s begin by explaining a little about the natural components of a kernel of grain.

The largest part of the grain’s kernel, and from which flour is produced, is the endosperm. It is coated in a thin outer layer, called bran, and at the core of the kernel lies the germ, which connects to the grain’s stalk.

70%-90% of the kernel’s vitamins, minerals and amino-acids are found in the grain’s bran and germ, whereas 80% of the endosperm is starch. When we consume wholegrain flour, the bran and the germ have not been removed from the kernel at any point in the production process. Rather, they have been milled together with the endosperm, leaving us with a strong source of iron (found in wheat) which also helps trap foreign substances in our blood and prevents colon cancer, uterine cancer, and leukemia.

Spelt flour is rich in magnesium, which helps balance the nerve cells and allows us to maintain a high level of concentration and serenity. It is also has relatively little gluten, is rapidly digested, and contains 12 types of vitamins as well as 9 kinds of minerals. It even helps prevent cardiovascular ailments.

An adult who consumes a 120gr. bread roll baked with Mehudar wholegrain spelt flour, will have ingested the entire recommended daily dose of minerals and vitamins for the day. It is worth noting that in the USA, Canada, Germany and Britain, children receive spelt rolls in school, and the use of Ritalin in places where spelt flour is consumed by children is far lower than in other places.

What gives Mehudar flours an advantage over other types of flour?

It’s important to realize that there are better quality flours and ones of inferior quality. The benefits of Mehudar flours are described in the article “The method that preserves nature”, but here’s a brief summary:

A few other important points to consider:

At Mehudar we grind the grain kernels in their entirety – complete with the bran and germ. These are not separated from the main kernel at any stage of production. In other manufacturing methods, by contrast, the endosperm is removed from the bran and germ and ground separately into white flour. The bran is then returned to the flour at a later stage.

This is true for 100% wholegrain flour, as well as for 70% flour – in both, the germ and bran are ground to the full. It is only in the 70% flour’s final manufacturing stage that 29.6% of the bran is removed, using a special sieve.

There are clear advantages to this milling method, both health-wise and halachically.

From a health point of view: The bran remains connected to the endosperm until the milling stage. This prevents the bran from drying out, since once the bran is removed from the endosperm a large amount of its naturally nutritious qualities are lost.

From a halachic point of view: When flour is milled as white flour and the bran is only mixed into it at a later stage, a halachic dilemma arises as to whether the added quantity of bran can be counted towards the required halachic weight for Hafrashas Challah. This question is especially pertinent if the baker wishes to take challah with a blessing. But, when the kernel’s components have never been separated, the bran is considered an integral part of the dough and is just as worthy of counting towards the required shiur needed for the mitzvah as the rest of the flour’s components.

All the flours produced by us, all year round — including the white flours — are completely dry milled, which means the kernels are not moistened or tempered in any way.

This way, the flour produced by us throughout the year has no risk of becoming chametz, and even people who are careful not to sell chametz on Pesach can keep our flour in their homes over the Yom Tov without any halachic concern.

At the final stage of the manufacturing of Mehudar’s white flour (wheat, or spelt), our flour is put through an extremely fine sieve (70 mesh), which has the tiniest holes. This ensures that the flour undergoes a final thorough cleansing.

And finally — what do you say to someone who is deliberating whether to use Mehudar flour because of its relatively higher cost?

Cheap or costly is a matter of need and return value. For example, is it worth investing $8 so that your child will study better, or is it too much to pay?

If someone were to offer you a weight-loss program that costs only a few dollars a month, wouldn’t you jump at the opportunity? The higher price of our flours is directly related to the sophisticated and costly manufacturing process our grains undergo. Keeping a close watch on the kernel’s quality from its selection all the way through to it packaging ensures that our clients receive the highest quality, premium flour out there. So, if you’ve anyway decided to invest in healthy life choices for you and your family – choose the best you can.

All the goodness of flour

Mehudar – the Method that Stays Loyal to Nature! 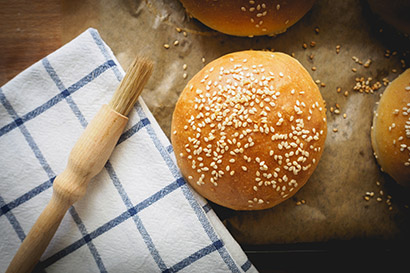 The Magic of Spelt

PrevbackMehudar – the Method that Stays Loyal to Nature!
nextAll the goodness of flourNext
Menu
Menu